Records of Samuel Bonnells in the Revolutionary War


Attached are the records for the New Jersey State Archives for three different listings for individuals named Samuel Bonnel/Bunnell who served in the Revolutionary War.  The first two pages of the "New Jersey Continental Line" PDF show two listings for Samuel Bonnels who served in the New Jersey Continental Line.  The archivist has connected the bulk of the pay documents into a single listing relating to service in the Third Regiment, the First
Regiment, and Ogden's Regiment resulting from transfers and re-enlistments.

This service has already been attributed to Samuel Bonnell (#310238), the son of Benjamin Bonnell.  I have no reason to believe this is incorrect. His ancestors have every right to be proud of the final pay settlement, which is signed by Jonathan Dayton, the youngest signatory of the Declaration of Independence (attached).

The first page of the "New Jersey Continental Line" PDF and the first pay document are a separate listing relating to a Samuel Bonnel who enlisted in Captain Lyon's Company, Fourth Regiment, New Jersey Continental Line on March 25 1778.  I had earlier postulated that this individual may have been "Samuel Bonnell (3)," the Samuel Bonnell, Junior that is listed with his father in Middlesex County Court documents during the 1760s and 1770s.  This assumption was based on the fact that some of the officers of this regiment were from Middlesex County.  After further research, I now believe the more likely scenario is that this enlistment also relates to the Samuel Bonnell (#310238) in the preceding paragraph.  The reason for this is that the Fourth Regiment mainly recruited from Elizabethtown, where #310238 was from Samuel Bonnell (3), however, was living in Windsor Township of Middlesex County, at least until 1770.  The Fourth Regiment was disbanded in Elizabethtown 7 February 1779.  I think it was most likely that #310238 first enlisted in the Fourth Regiment just before it was disbanded. Given that his enlistment was still in force, he was transferred to the Third Regiment, where the other consolidated record picks up the story.

The more intriguing documents relate to a Samuel Bunnell who was the master of the schooner Swallow.  Samuel Bunnell was contracted by the Commissary General of Prisoners for the United States of America (an American officer) to haul cord wood between Elizabethtown and New Brunswick between January and May 1778 for the use of Americans who were prisoners of war in the custody of the British.  I've accomplished a cursory search for the Swallow, and find that there were many ships by this name.  In fact, the British captured five schooners by this name during the war, see the attached link.

Unfortunately, I've not been able to find any other information on a ship's
master named Samuel Bunnell or a Swallow operating in New Jersey.  I'm open
to any ideas for further research, particularly from our New Jersey friends
who know the local records better than we do.  While we are far from
substantiating that this reference applies to Samuel Bunnell (3), he would
have been about the right age to be a ship's master.  If there is a nautical
connection, it may shed some light on the Revolutionary War naval pay record
for William Bonnell that we have found in Virginia. 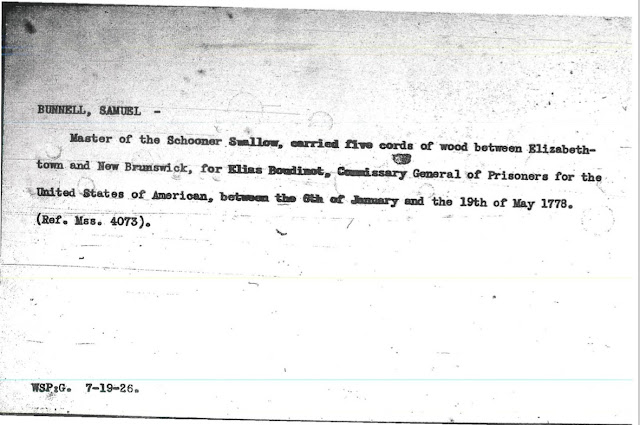 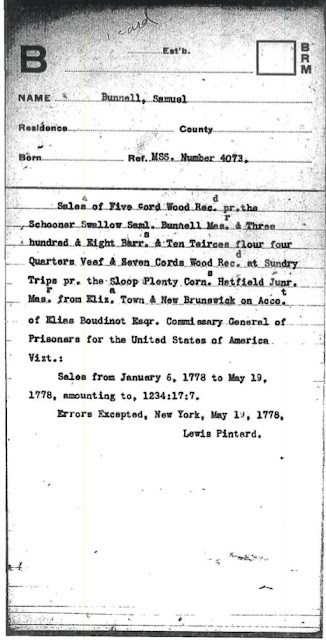 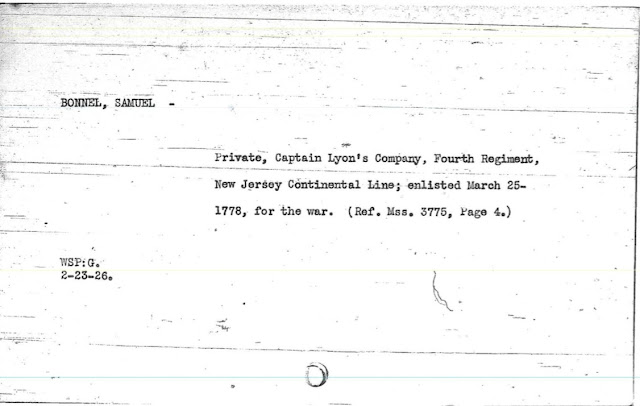 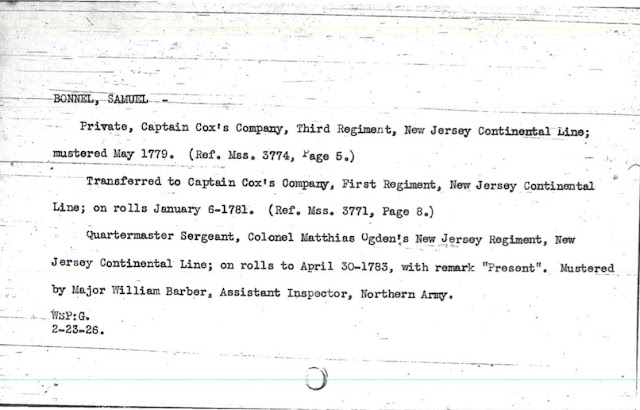 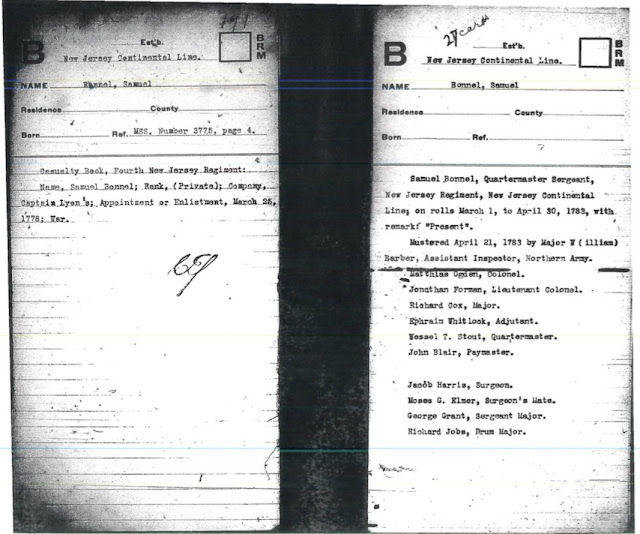 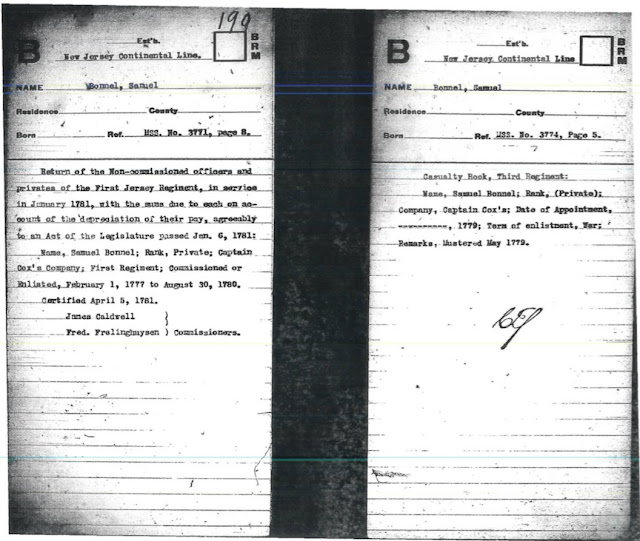 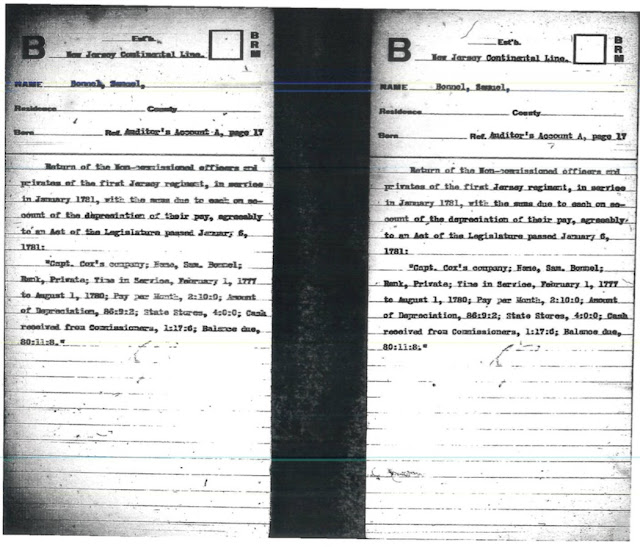 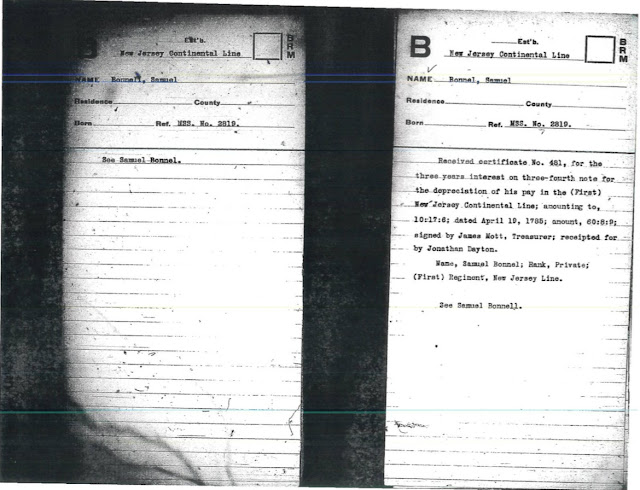 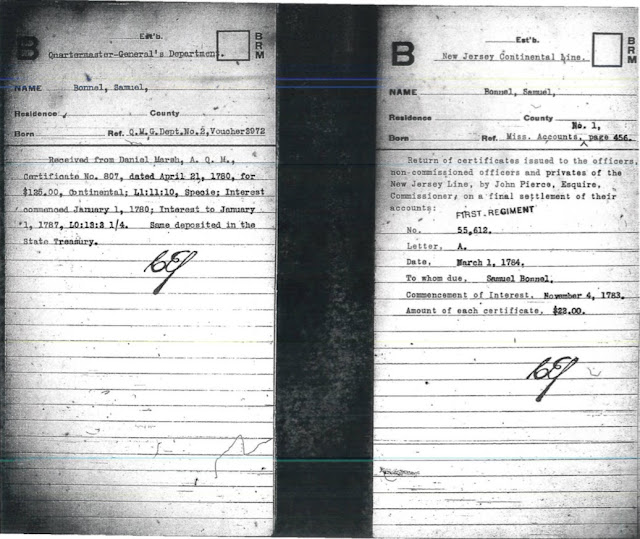 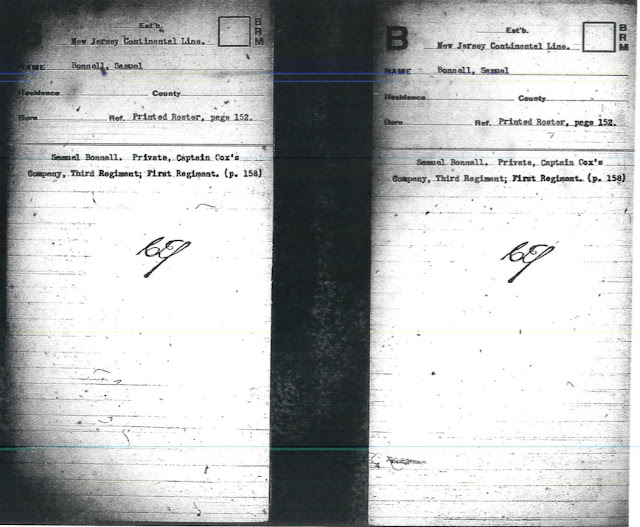 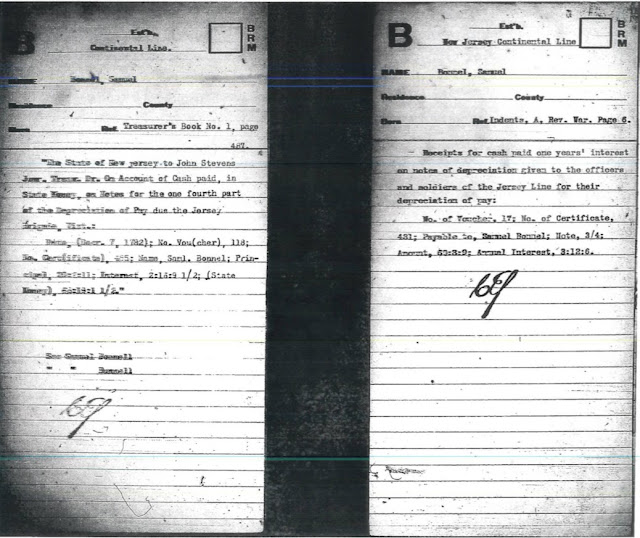 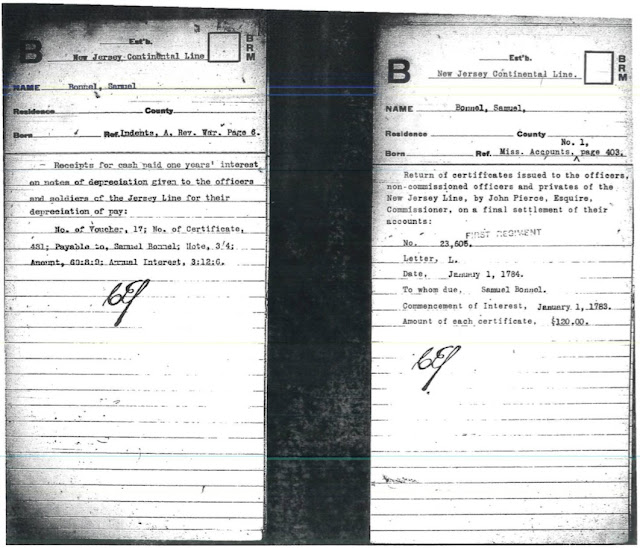 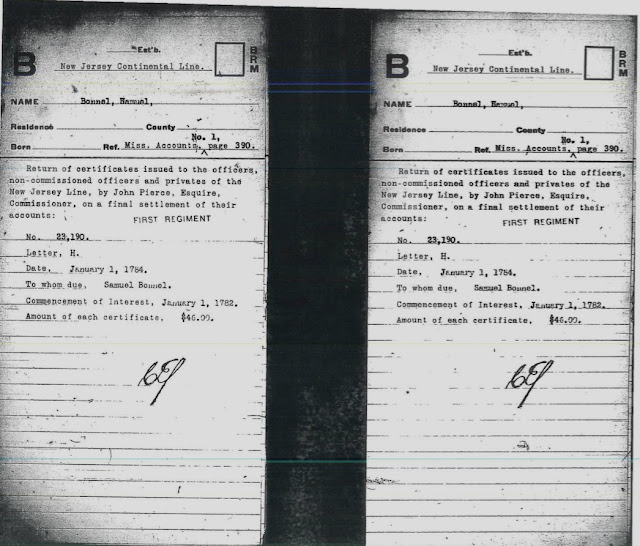 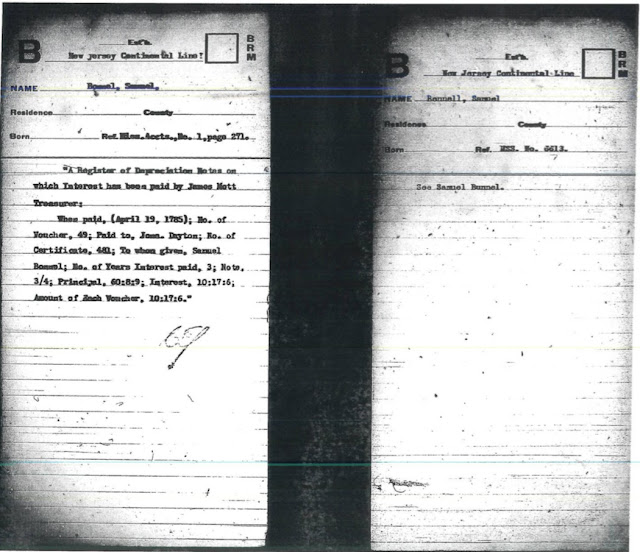 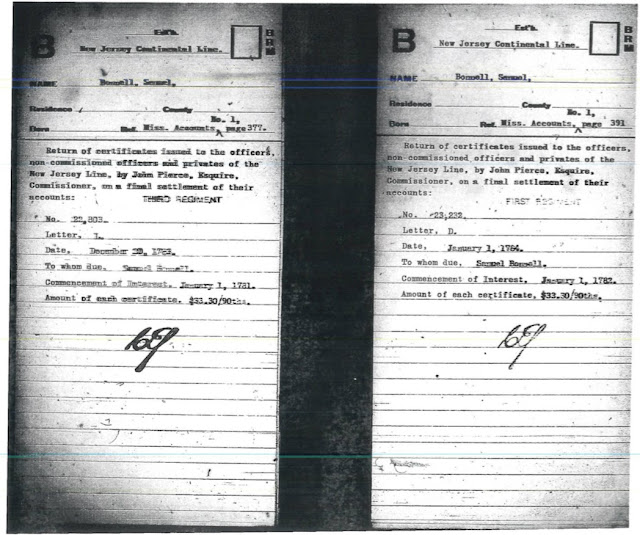 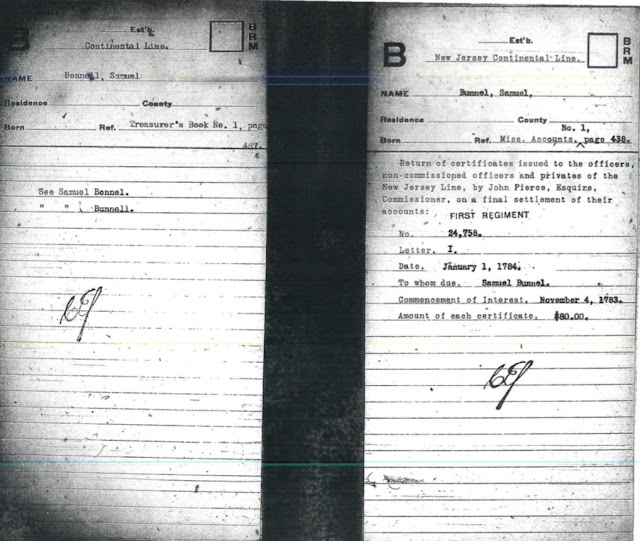 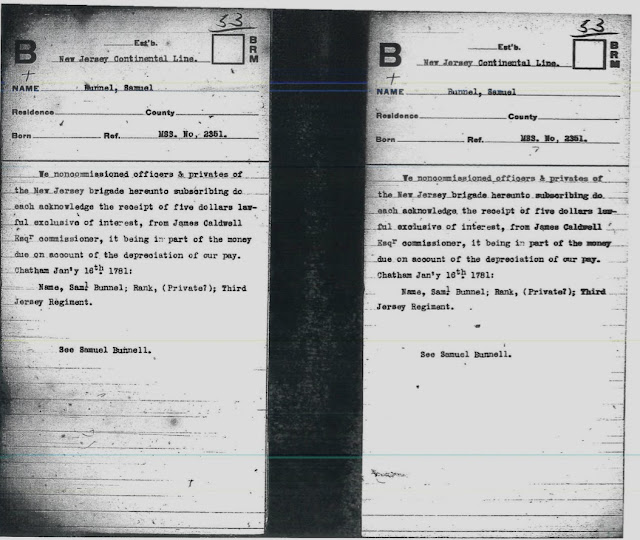 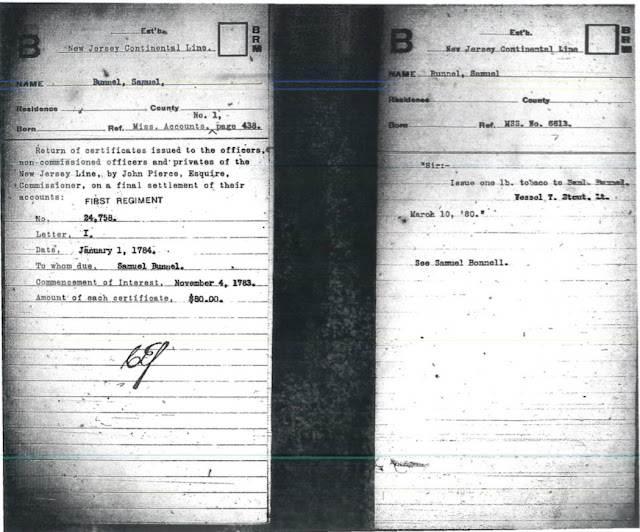 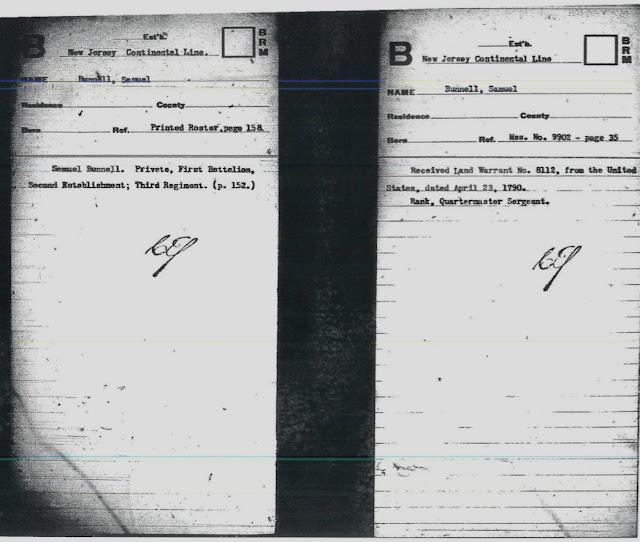 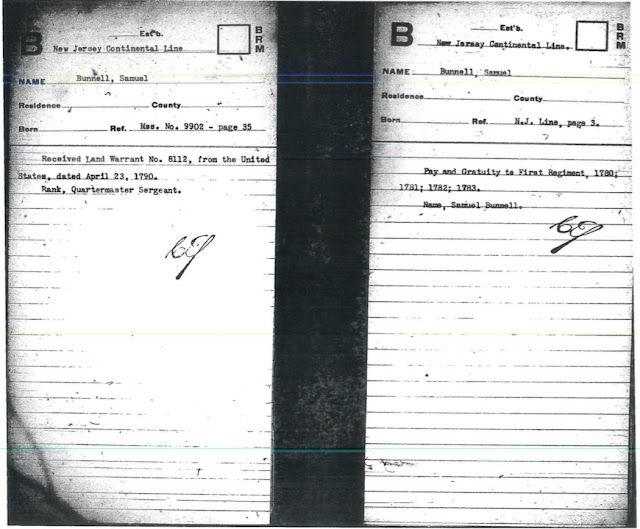 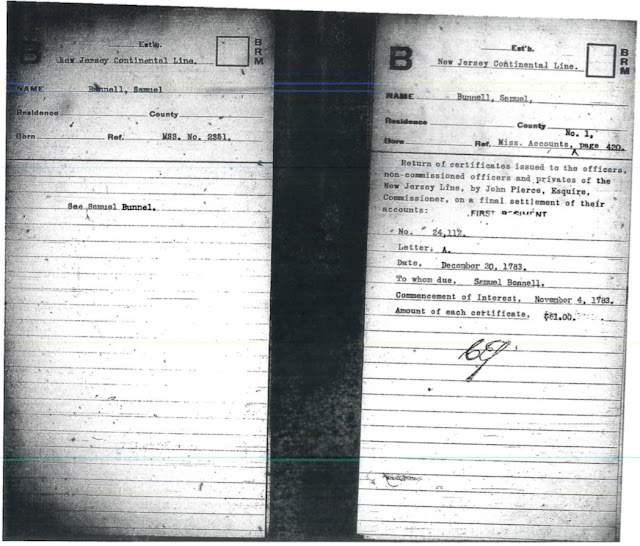 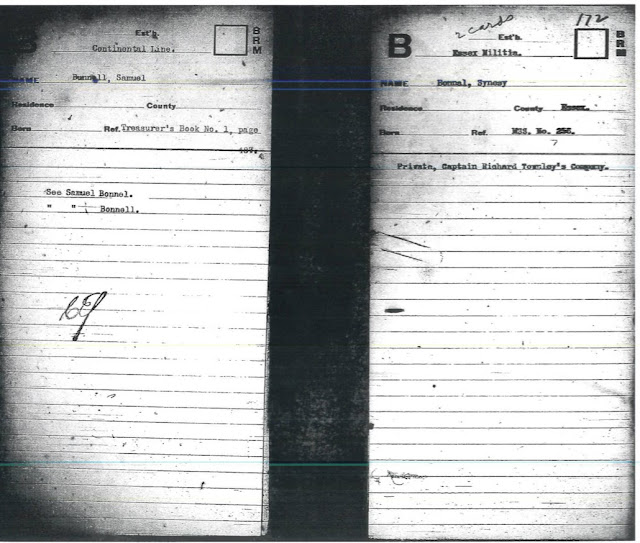