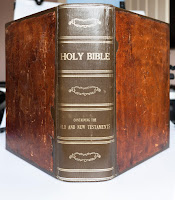 Recorded in this bible are births, deaths and marriages in the families of Benjamin Franklin Bonnel and wife Parthenia Petray., their ancestors as well as her descendants. The entries are obviously written by several different people.

Denise Nelson, a descendant, kindly shared it with the blog.

Since any transcription is prone to errors from misreading the original text as well as typing mistakes, pleas notify us if a mistake is found. 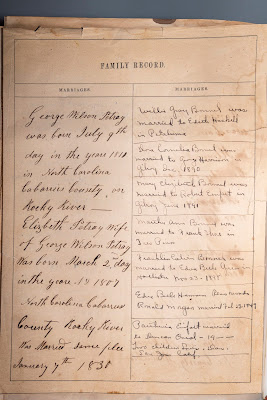 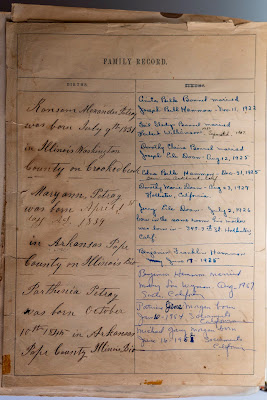 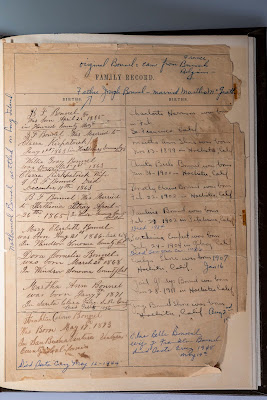 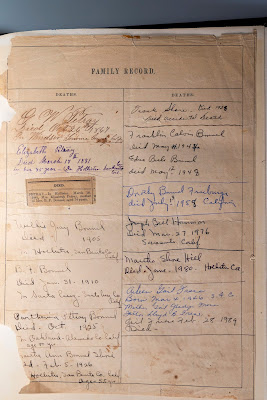 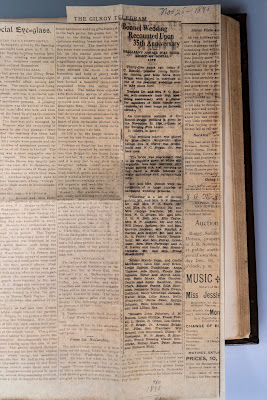 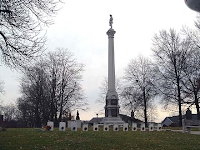