Richard Brotherton's Letter on the Children of Benjamin Bonnell

Among the treasures in The William Austin Collection (New England Historic Genealogy Society) is a copy of the letter that settled the question of the parentage of Jacob Bonnell, eldest son of Benjamin Bonnell. I'm descended from Benjamin's son Aaron, step-brother of Jacob.

NEHGS has granted permission to share these documents, as long as they are cited. If you use this information, be sure and mention them and Bill's collection.

Here's a transcript of the relevant letter and how it was found:

Excerpt from a letter dated 19 January 1921 from Grace Gridley Roscoe, Fremont, Ohio, to Mrs. Addie W. Crawford, Coston, Pennsylvania.
In the desk of Charles (my mother’s father) grandson of Jacob was found a letter from Richard Brotherton, a well known Quaker of Dover, N.J. (Dover histories have his pictures and much praise of him.) Richard Brotherton was a cousin of Charles or his father, at least of cousin of Charles–he addresses him as “Cousin Charles.” This letter seems to have been in answer to a query from “Charles” as to Jacob’s father’s family. The letter says very definitively that Jacob was son of Benj. by a first wife and mentions the children by second wife which tally with those records give as children of Benj. & Rachel Van Winkle. Richard Brotherton knew them personally so we treasure this letter as the only known evidence of such a marriage…Had it not been for the love of family history fostered by the husband of the granddaughter to whom the desk descended by her acquiring the old home, this letter would have been thrown out with other papers and it was not until I was well started  “leading no where” that a second cousin of mine living in Washington D.C., who for years lived in New Jersey, found we were both climbing the same tree and told me how she had heard of this letter. I went there, copied it and took it to a notary for him to acknowledge as a copy of original.…
To go back to Benj., a younger son–half brother of Jacob…whose age was more like Jacob’s son Henry, took up land across the road from Henry and that land is now in our line possession. In fact I at one time owned some of it but it now belongs to a gandson of Charles. Descendants from this son of Benj. come about sixty miles to our Reunion.

Copy of a Letter Written by Richard Brotherton of New Jersey to Captain Bonnell of New York
Dover, 11th mo, 28th 1855
Cousin Charles
Thine of the 10th instant came duly to hand, as touching the object of thy inquiry. Benjamin Bonnell lived in this neighborhood, Jacob was a son he had by his first wife. Henry was Jacob’s only son. Benjamin had a second wife. By her he had five sons, namely Aaron, David, Nathaniel, Simeon, and Benjamin. Simeon died when a young man,,Benjamin I never knew,–therefore, I suppose he died before my time. Aarom removed to Redstone, Pennsylvania, about sixty six 66’ years ago. his two oldest sons Moses and Henry, each came back and spent one year Moses returned to Redstone and I had a letter informing me of his decease near 38 years ago. Henry went from here to upper Canada and settled at Pickering, a younger one by the name of William was afterwards out with a view of going to Redstone but settled in the upper part of Virginia. When he left here he had two sons, Thomas and John. Nathaniel settled at Waterloo. He had four sons Simeon and William are both deceased. Darius Nathaniel both went with their Father to York State. The personal property of Elizabeth Vail is not yet settled, but they expect to have it settled soon, which when done I will attend to. I should like to know if thy Mother is yet living, if so, of her welfare.
Richard Brotherton
to Charles Bonnel
Mrs. Ellen C. Barton (copyist)
Subscribed and sworn to before me this 2nd day of Jan 1920. Jacob Brooks, Notary in and for Seneca Co., N.Y.

Here are images of all the pages on Benjamin Bonnell Sr. 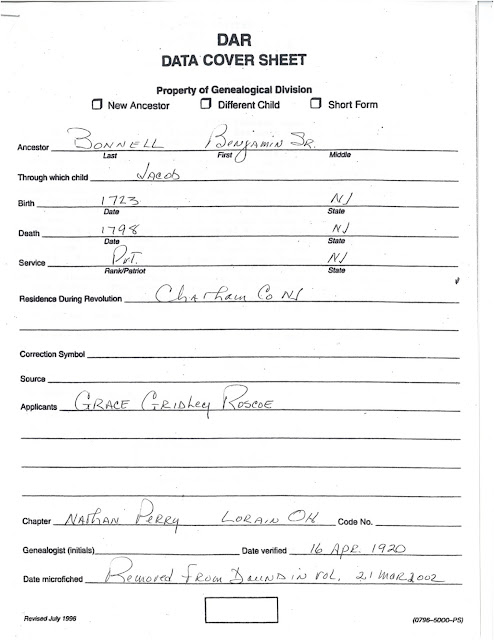 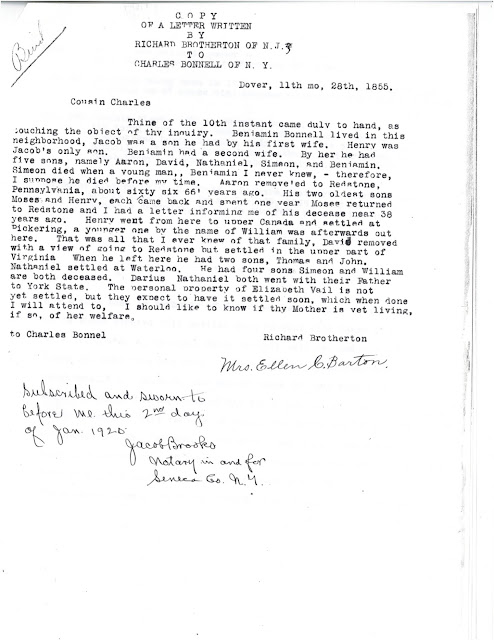 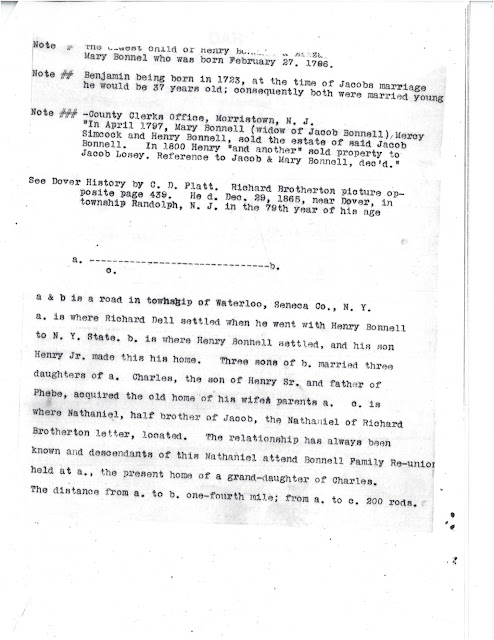 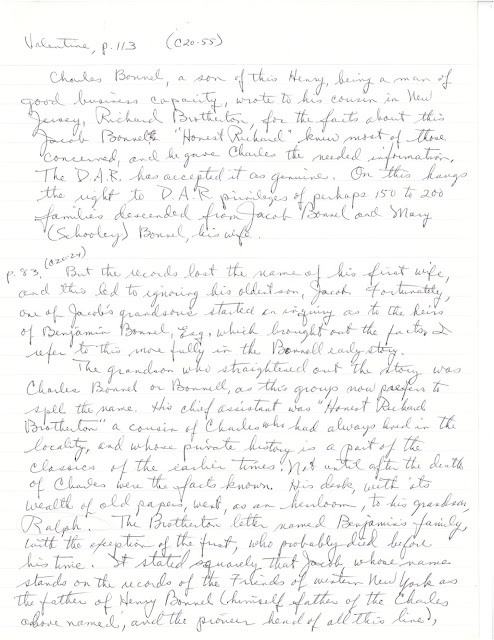 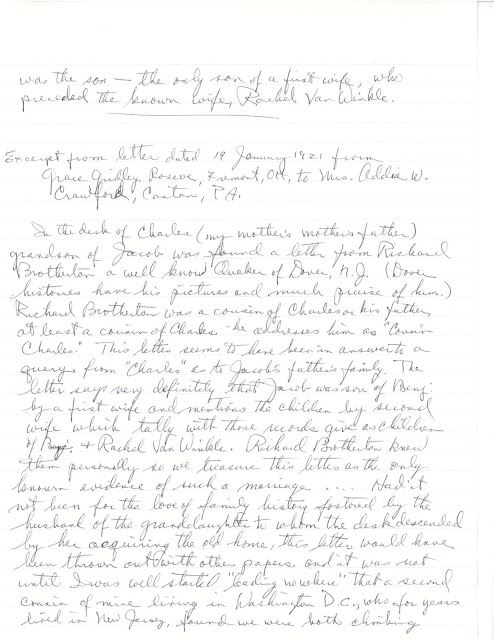 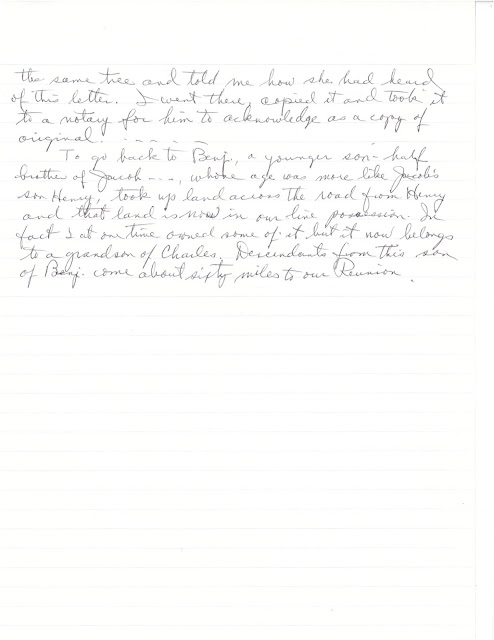 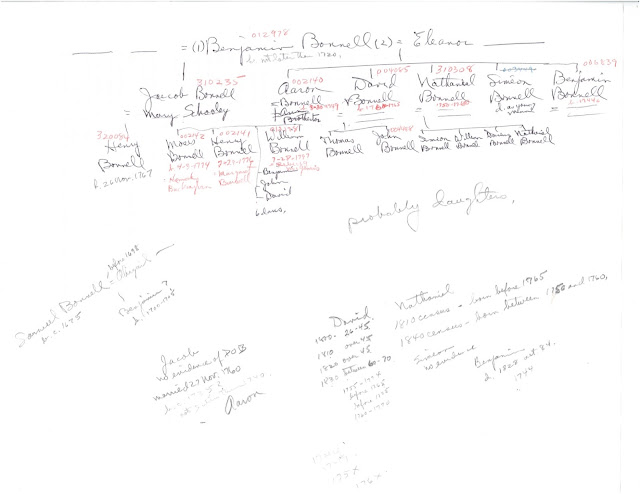 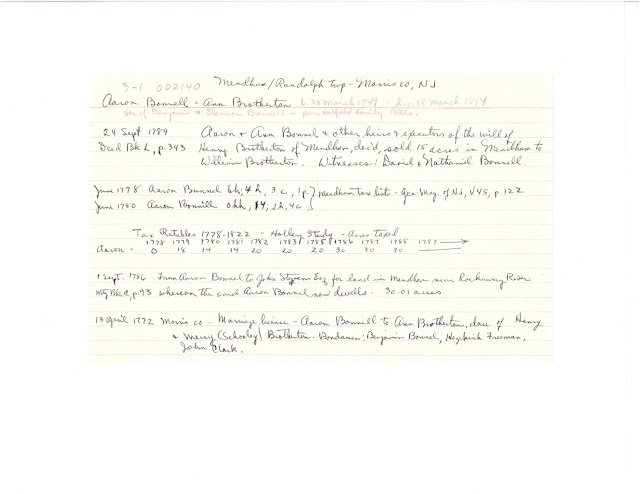 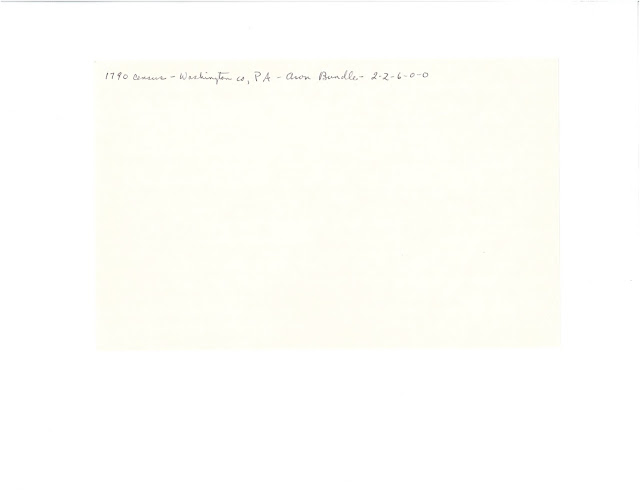 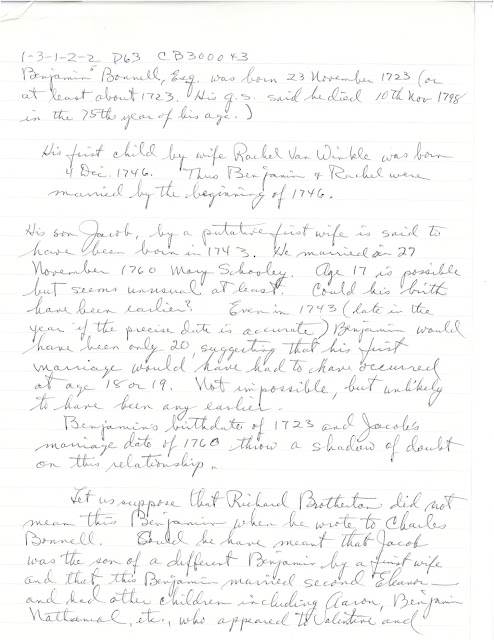 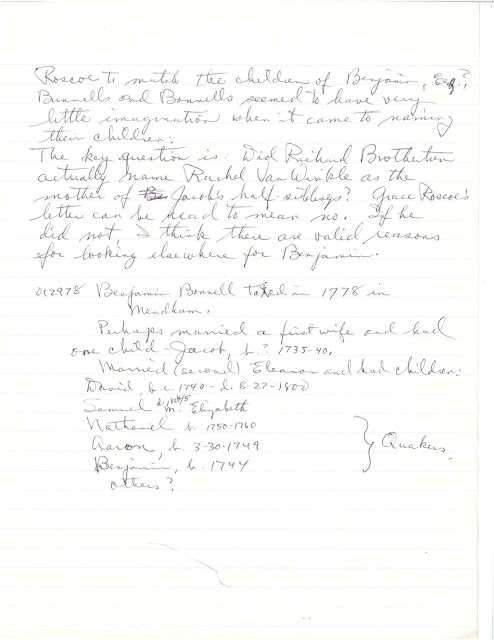 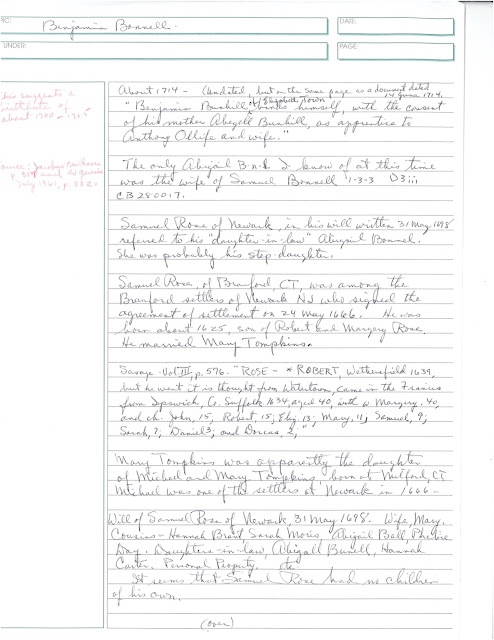 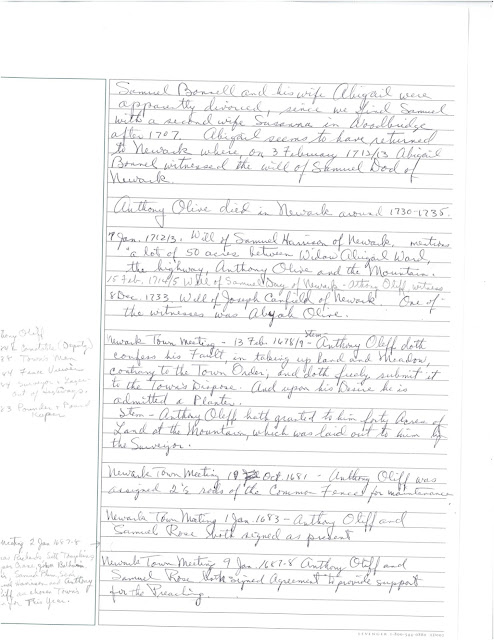 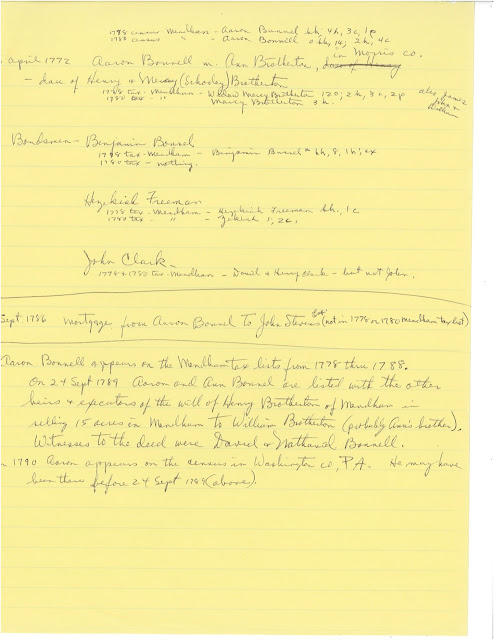