William Bunnell (Virginia to Kentucky) and Samuel Bunnell (his father?)

John Bunnell sent this message. If you have any useful information, please post a comment or send a message to the editor.

Merry Christmas to you and everyone else in the extended Bunnell/Bonnell family!

George Farris, John Grady, Majorie Gibbs, and I have been working the Kentucky Bunnell/Bonnells pretty hard over the past year and have made some progress.  Our focus has been on the individual who appears to be the Kentucky patriarch, William Bunnell/Bonnell (spelled each way approximately 50% of the time, sometimes in the same document).  We’ve been able to track William starting with the last tax entry in 1805 back through a succession of moves (in reverse order) Mercer County, Kentucky (1799-1805), Botetourt County, Virginia (1795-1797), Rockbridge County Virginia (1787-1794), Albemarle County Virginia (1785), Spotsylvania County, Virginia (1772-1783), and Loudoun County, Virginia (1768-1771).  We’ve collected forty primary documents related to this individual over this thirty-eight year period.  The lack of any overlap in the different locations, the similarity on the signatures on many of these documents, and the simultaneous relocations of related families (Wright, Farris, etc) argue strongly that this was all the same William.  Pieces of this were already listed under the William Bonnel 004084, but I’ve attached a Ancestry printout that captures the far more comprehensive accounting of everything we’ve now found.  Are you now managing Claude’s database so that we can add this new information?

Probably the most significant thing that we discovered was the attached document from Loudoun County in 1771 that brings some clarity to the Samuel Bunnell that William lived and travelled with for several years.  This document describes Samuel as “of great age and infirm state of health” which seems to support the case that Samuel was William’s father.  Based on that assumption, I’ve attached an ancestry summary that shows everything we’ve found so far on the older Bunnell.  This seems to take us tantalizingly close to a point where we might be able to hook into the New England Bunnell/Bonnell lines, but nothing obvious stands out.  There seem to be five possible Samuel candidates in Claude’s database (005692, 001977, 009301, 290009, and 000025) but it will take much more research to see if any of these pan out.

During our research we uncovered one fascinating piece, but we have no evidence that this fits with William 004084.  It is an annotation in the Virginia state Auditors Accounts recording the payment on 28 April 1783 to William Bonnell, a ship’s master, for naval service during the Revolutionary War (attached).  Does anyone know who the Revolutionary War seaman was?  Is there any connection between this individual and the Captain Bonnell that Benjamin Franklin describes in his autobiography (a packet boat captain operating with the British Fleet off the coast of North America in 1757)?

Although we are out of hot leads, I think there is still much unplowed ground on these individuals, so we welcome any of the other Kentucky Bunnell/Bonnell descendants that have some research capacity and would like to join the search.

(I'll make John's summaries of William and Samuel Bunnell separate posts so they will be searchable.) 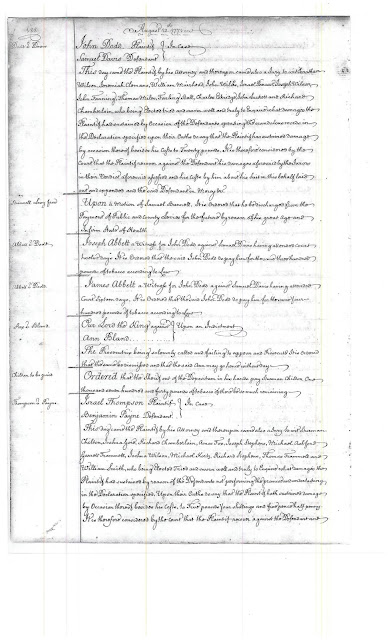 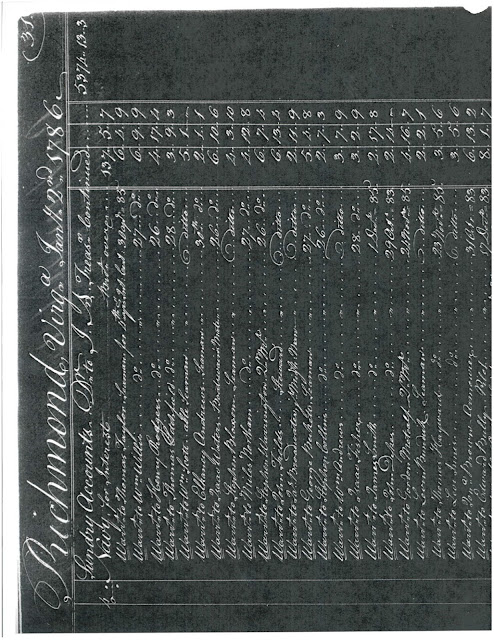 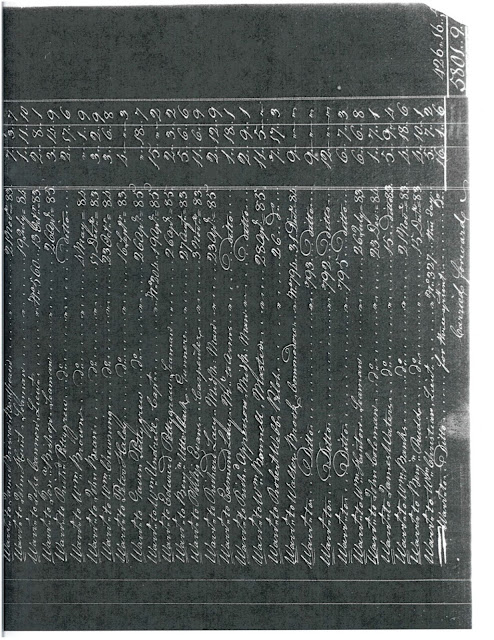 Posted by Jamboree 2022 Society Partner Volunteer at 11:39 AM