I've been going through the Library of Virginia's digital collection of "Legislative Petitions."  We had earlier found one such petition in Albemarle Co. that was signed by both William Bonnell and Peter Rossell.

Attached are two petitions from Spotsylvania Co. in 1777 and 1779 addressed to the House of Delegates and requesting that either Spotsylvania be divided into two counties or that the county seat be moved from Fredericksburg to a more central location.

The one in 1777 is a single combined list of all the signatories rather than the original petitions so it doesn't include actual signatures. Both Samuel Bunnell and William Bunnell  as well as Peter Rossell are listed on page 2.

The 1779 document includes all of the copies of the petition that were circulated in various parts of the county and includes the actual signatures, including William Bonnel on page 13, Peter Rossell on page 15, and Dennis Wright (oldest son of Jacob Wright) on page 13.
There were several other petitions in other years signed by Peter Rossell both in Spotsylvania Co. and Albemarle Co., but these two are the only ones I've found including William Bunnell.

These are really amazing documents, and perhaps they will turn out to be some of the most significant we’ve discovered.

First, the fact that both Samuel and William Bonnell both the 1777 petition but only William signed the 1779 may indicate that ~1778 was the year of Samuel’s passing.

Second, the mileage information on the 1777 document gives us a tremendous clue as to the location of the Bonnells/Rossells/Wrights in Spotsylvania County.  Samuel and William state that they are 30 miles away from Fredericksburg, with only a few individuals farther away.  The boundaries of Spotsylvania County have been unchanged from 1734 until today.  The county is actually slightly less than 30 miles long, so I have to assume that the distant petitioners are quoting road miles rather than the direct distance.  Nonetheless, this must mean the group was residing in the southwestern end of the county.  This undercuts my previous working theory that William was a carpenter or blacksmith working in the Fredericksburg area.  But, we have to go where the facts take us…

Third, the fact that the signatories on the petitions seem to be grouped geographically give us great leads to follow in order to narrow down the geography.  I’ll dig into this and see if it helps us make any sense of the single Revolutionary War Virginia Navy pay record for a William Bonnell. 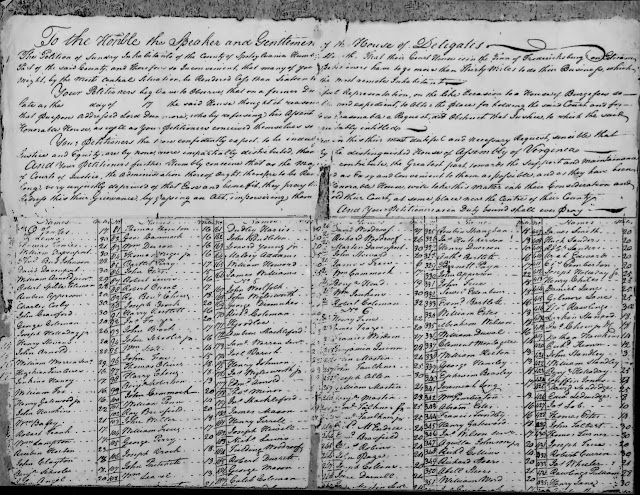 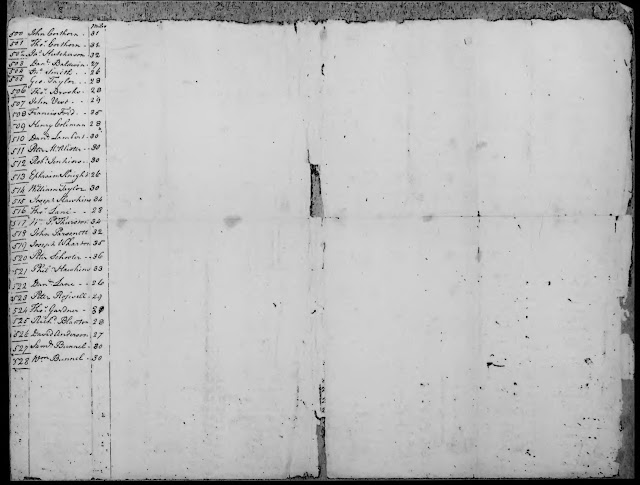 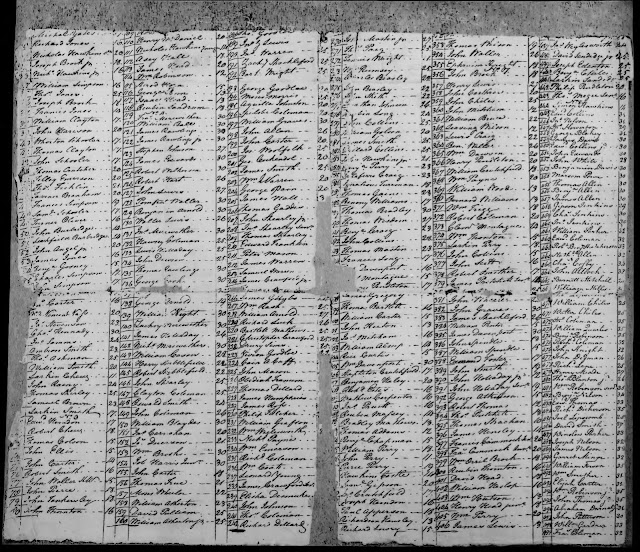 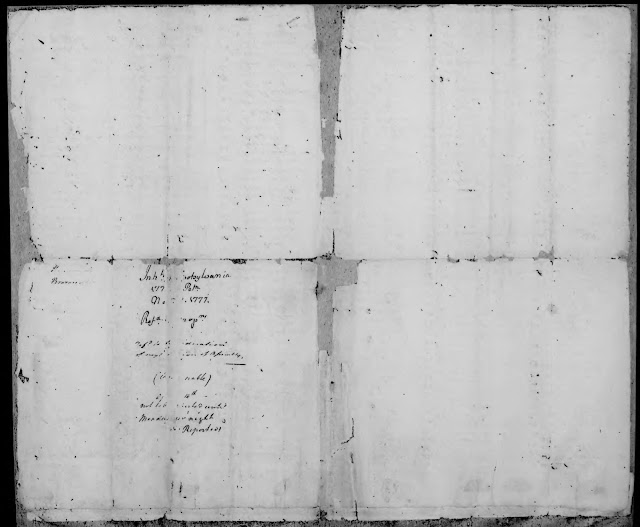 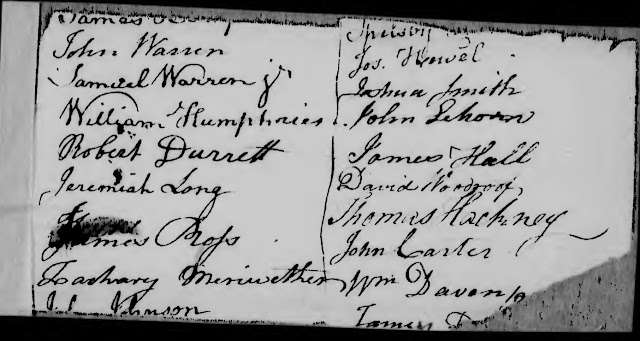 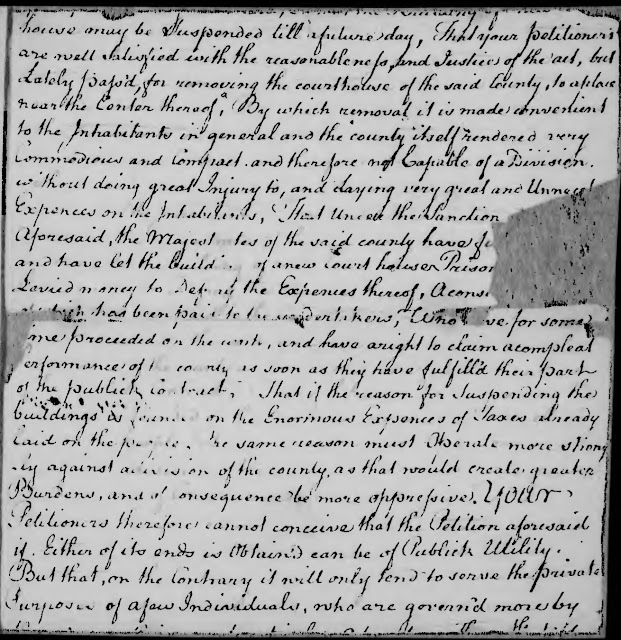 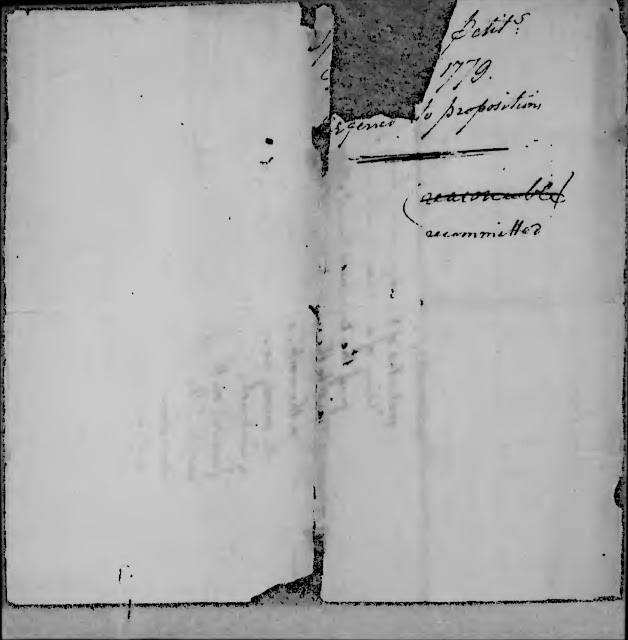 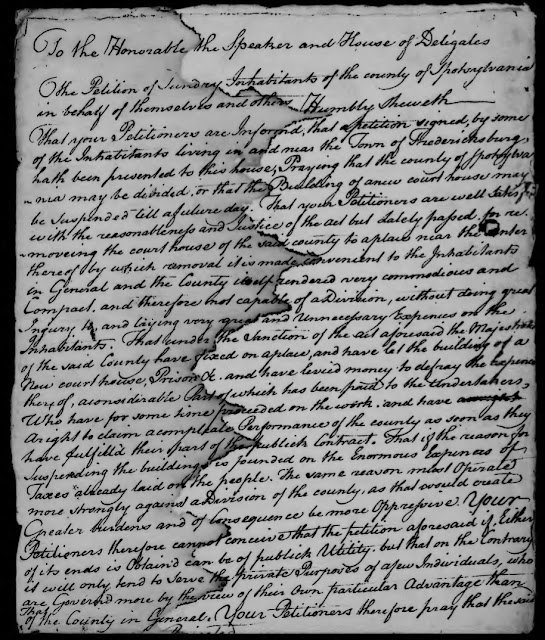 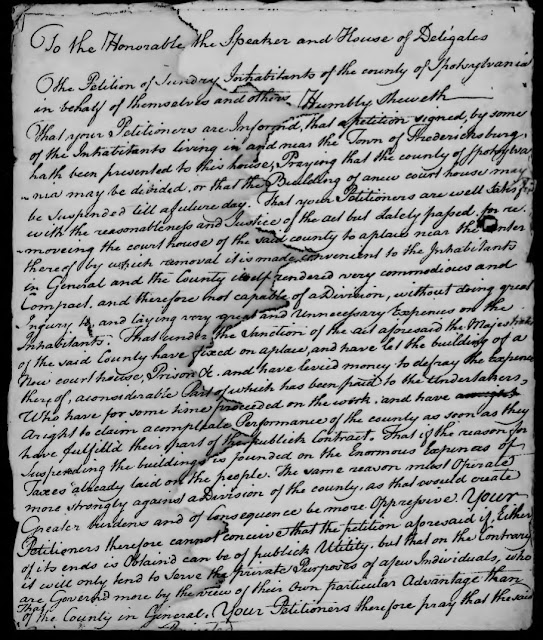 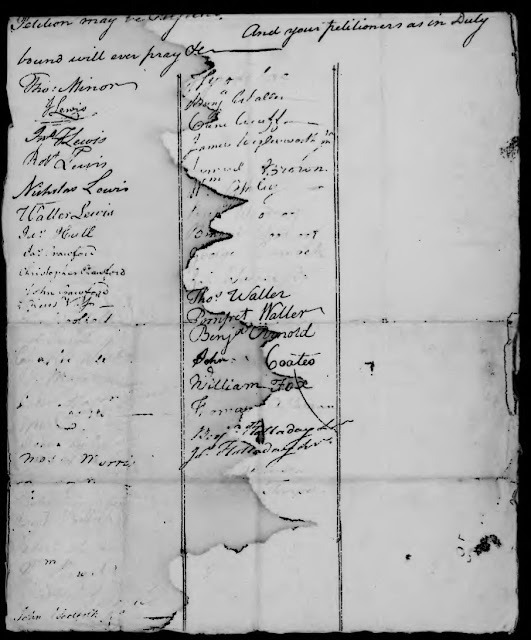 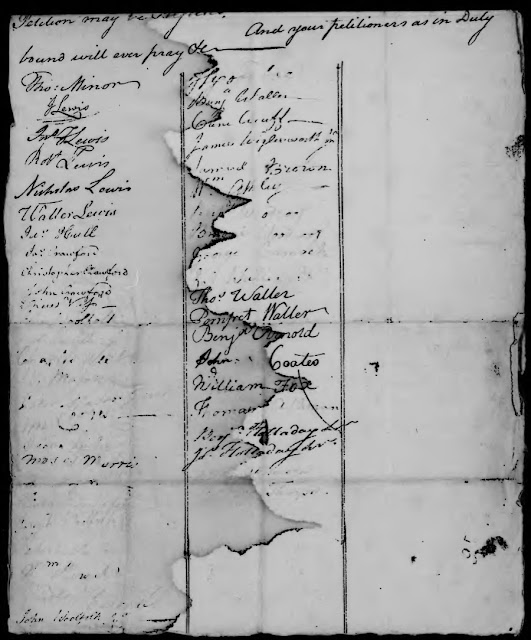 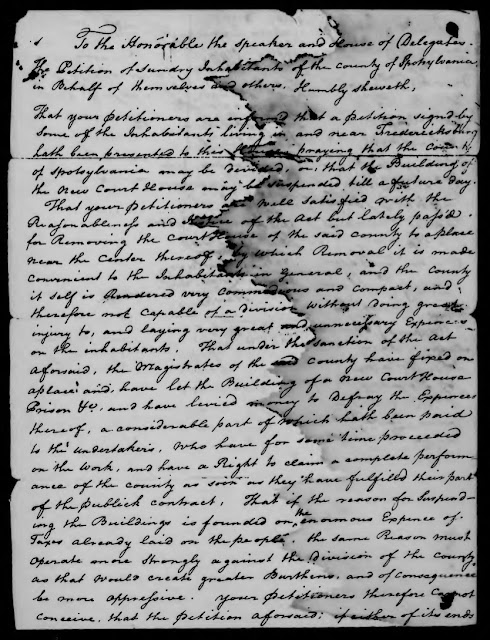 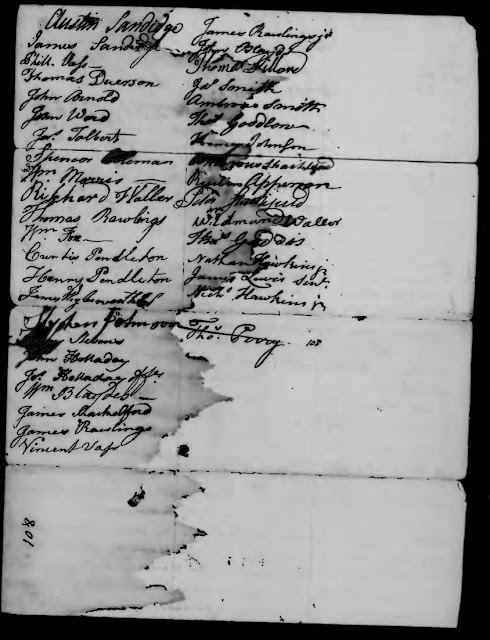 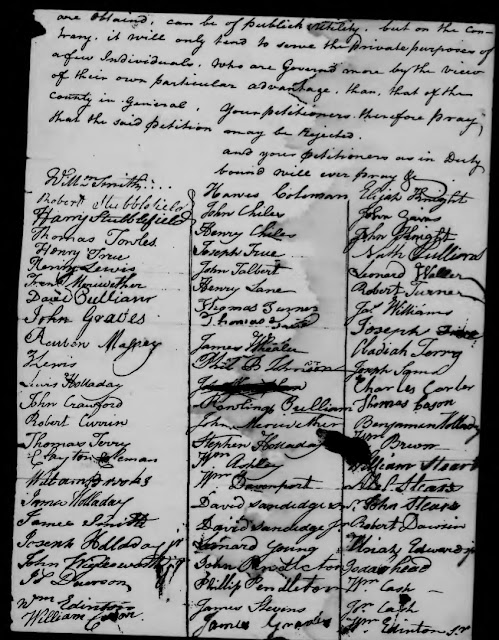 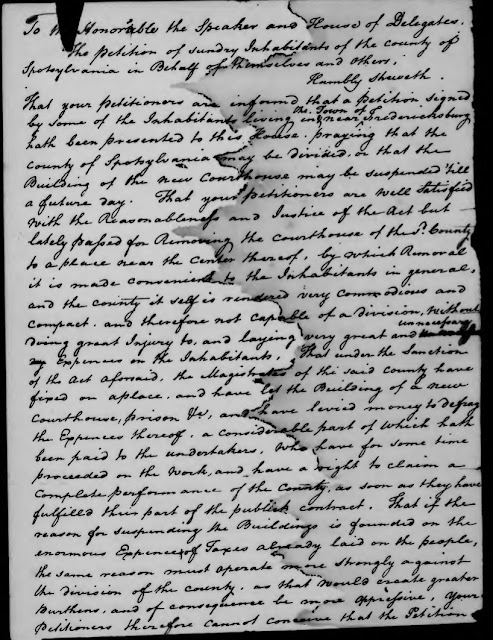 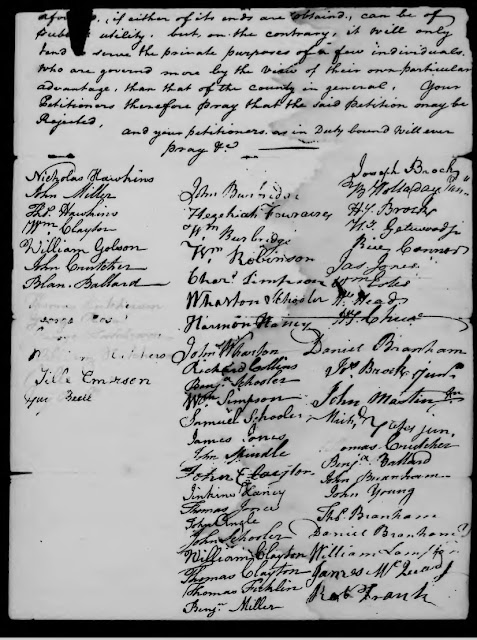 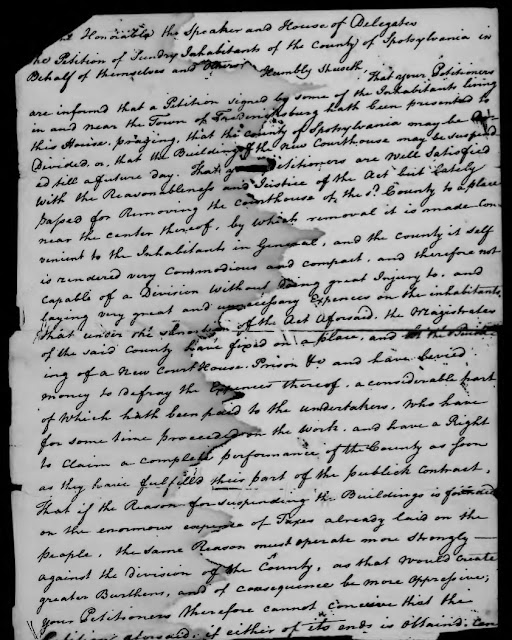 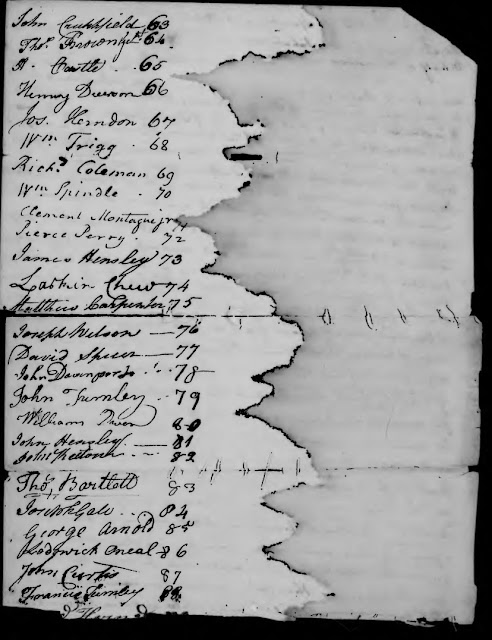 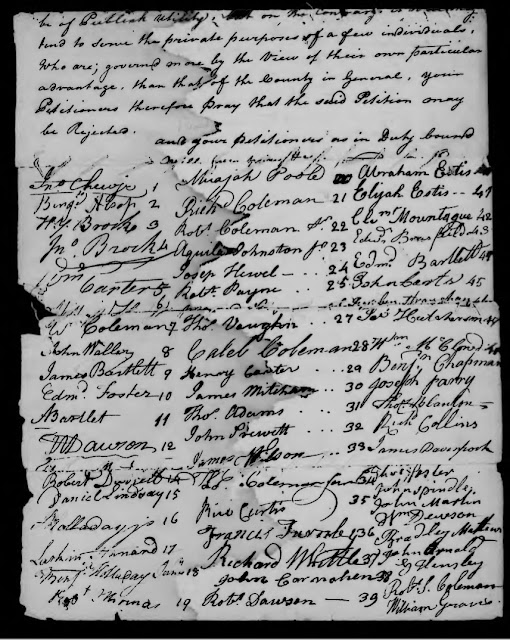 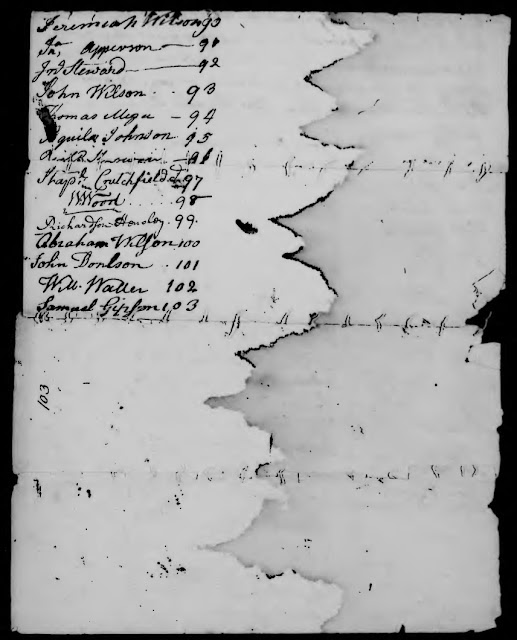 Posted by Jamboree 2022 Society Partner Volunteer at 9:10 AM