The 1785 religious petition from Albemarle that includes William Bunnel and Peter Rossell as signatories (page 3) is attached.  While Peter's name looks like his usual signature, the signature for William Bunnell looks like it may have been written by someone else. He always signed as Bonnel - not Bunnel. We know that he was there at that time from the 1785  Albemarle marriage bond for Anne Bonnel and John Farris - which he signed with his usual Wm Bonnel signature.

I can’t put my finger on it, but there seems to be something particularly important about this document that George found.  This petition is too eloquently written, informed, and studied to have been the product of local county bumpkins.  This document clearly relates to the brewing debate over religious freedom then on-going in the Virginia legislature.  These arguments resulted in the passage of the seminal  Virginia Statute for Religious Freedom written by Thomas Jefferson that passed in the state assembly several months later (January 16, 1786).  Thomas Jefferson considered the Virginia Statute for Religious Freedom one of his three greatest achievements, as is inscribed on his tombstone.  Is it just coincidental that this document was presumably signed in Charlottesville, the county seat of Albemarle County, which is also the location of Monticello, Jefferson’s home?  Did Thomas Jefferson write this?  This would seem unlikely, as he was in Paris as the Minister to France during these years.  But could he have written it in France and send it to his home county to support the upcoming assembly vote?  If not Jefferson, was it written by a close associate of his? Was there a compatriot of this in the community that held similar views and was familiar with the existing legislation?  Why is it not signed by the author, whoever he is?

If I get by Monticello an time in the future, I may drop in to see if they can shed any light on this petition.

While Jefferson was in France James Madison pushed for the Religious Freedom act and got it passed by the Virginia Assembly.  Madison was more verbose than Jefferson and this petition looks like his writings.  Similar petitions were circulated in other counties, not just in Albemarle.  The Act was a joint effort of Jefferson and Madison.

Here is a quote from montpelier.org that pretty well establishes James Madison as the author of the petition signed by William Bonnel in 1785:

" As a state legislator in 1776, Madison proposed a small but profound change in the wording of the Virginia Declaration of Rights, which had said that everyone should have “fullest Toleration” of their religion. That wording implied that one religion was approved while the government would merely put up with others. Madison successfully argued that the wording should be changed to “free exercise of religion,” which truly protected the right to follow one’s conscience. In 1785, as the legislature debated whether to continue to fund churches with tax money, Madison wrote an influential petition called “Memorial and Remonstrance,” which clearly laid out 15 arguments against government support of churches. Madison emphasized that religion was a matter of individual conscience and could not be directed by the government in any way".

From James Madison to Thomas Jefferson, 20 August 1785   "The opposition to the general assessment gains ground. At the instance of some of its adversaries I drew up the remonstrance herewith inclosed. It has been sent thro’ the medium of confidential persons in a number of the upper county[s] and I am told will be pretty extensively signed. The presbyterian clergy have at length espoused the side of the opposition, being moved either by a fear of their laity or a jealousy of the episcopalians. The mutual hatred of these sects has been much inflamed by the late act incorporating the latter. I am far from being sorry for it as a coalition between them could alone endanger our religious rights and a tendency to such an event had been suspected. The fate of the Circuit Courts is uncertain. They are threatened with no small danger from the diversity of opinions entertained among the friends of some reform in that department. But the greatest danger is to be feared from those who mask a secret aversion to any reform under a zeal for such a one as they know will be rejected."

You can view all of the petitions by accessing http://www.virginiamemory.com/collections/petitions searching for “religion,” and then looking for the documents submitted by the different counties from October through December, 1785.  Most of the petitions were from the printed version.  The handwriting on the Albemarle County copy of the document is unique.  As such, it seems to be either the “second copy” written in James Madison’s handwriting and provided to George Nichols of Albemarle County or a copy of that document made by George Nichols.  The “first copy,” in James Madison’s handwriting, is in the National Archives, but I have not been able to find an on-line image for comparison.


Because, finally, “the equal right of every Citizen to the free exercise of Religion according to the dictates of Conscience, is held by the same tenure with all our other rights.  If we recur to its origin, it is equally the gift of nature; if we weight its importance it cannot be less dear to us; if we consult the Declaration of those Rights which pertain to the good people of Virginia as the basis and foundation of Government, " (Re to Decl. Rights) it is enumerated with equal solemnity, or rather with studied emphasis.  Either then we must say, that the will of the Legislature is the only measure of their authority; and that, in the plenitude of this authority, they may sweep away our fundamental rights; or, that they are bound to leave this particular right untouched and sacred: Either we must say that they may control the freedom of the press; may abolish the trial by jury; may swallow up the Executive and Judiciary powers of the State; nay, that they may annihilate our very right of suffrage, and erect themselves into an independent and hereditary Assembly; or we must say that they have no authority to enact into a law, the Bill under consideration.  We the subscribers say that the General Assembly of this Commonwealth have no such authority and that no effort may be omitted on our part against so dangerous a usurpation, we oppose to it this Remonstrance; earnestly praying, as we are duty bound, that the supreme Lawgiver of the Universe, by illuminating those to whom it is addressed, may, on the one hand, turn their Councils from every act which would affront his holy prerogative or violate the trust committed to them and, on the other, guide them into every measure which may be worthy of his blessing, may redound to their own praise, and may establish more firmly the liberties, the prosperity, and the happiness of the Commonwealth.
------------------------------------------------------ 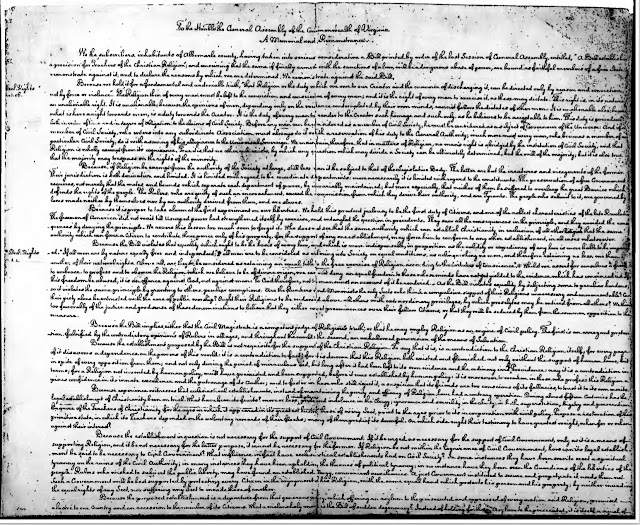 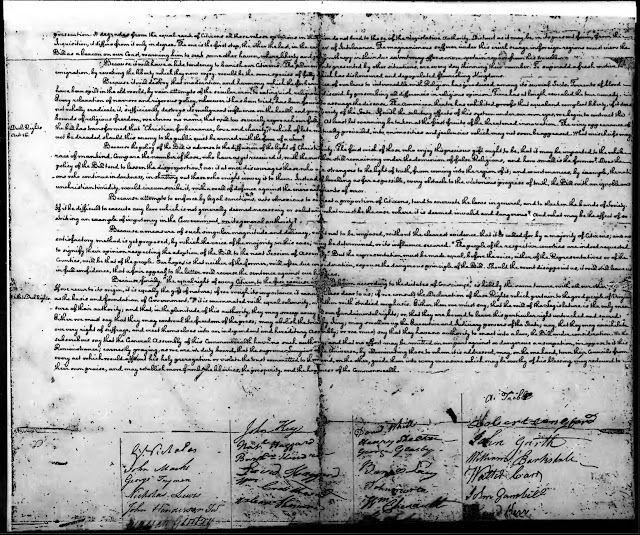 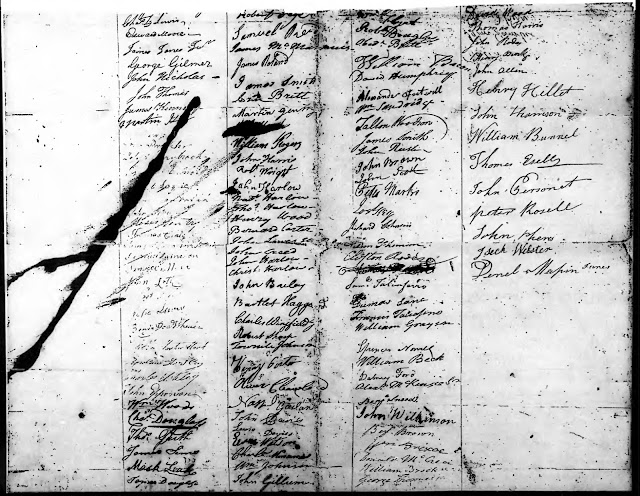 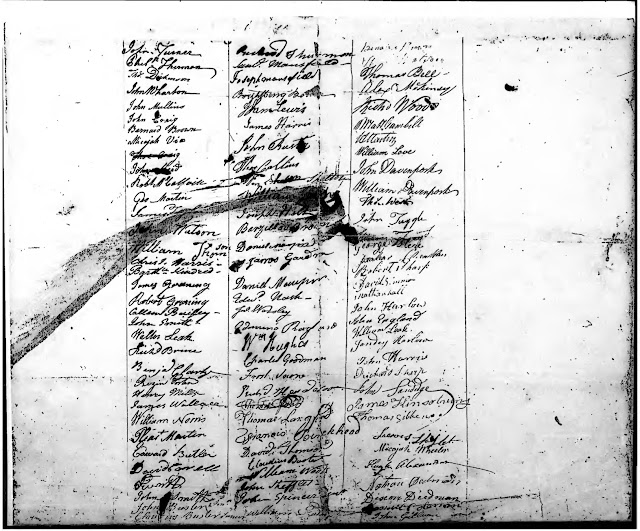